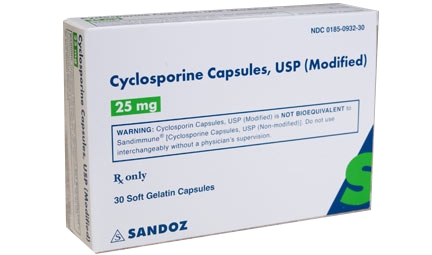 Oral medications are usually reserved for those who have severe forms of psoriasis (more than 20 percent of the body covered). Powerful drugs are prescribed for those who complain to their doctor about a significantly reduced quality of life, for example when serious psoriasis of the palms or soles of the feet prevents a person from living a normal life.

They are also given to those with psoriatic arthritis, and these make up about 10 to 15 percent of patients who have been diagnosed as having psoriasis. These are powerful synthetic agents that reduce the dramatically accelerated cellular reproduction of the skin found in psoriasis. These drugs are prescribed either as pills, or as a subcutaneous injection into the muscle, and they are commonly used in combination with either the topical therapies or UV treatment, especially when a psoriasis patient does not respond to a single type of treatment.

The most common forms of systemic treatments for psoriasis are methotrexate, cyclosporine and retinoids. While these drugs can provide considerable benefits in clearing chronic psoriasis, this action comes at a huge cost of producing both acute as well as chronic side effects. I have had many psoriasis patients over the years see me who wanted to come off these medications due to the side effects. The side effects occurred either shortly after starting therapy (acute side effects) or appeared only after prolonged usage (chronic side effects).

Some patients believe that if they stay on a drug for several years and then developed side effects, that these are not linked to the drug, but are in fact “another disease” that needs treating with yet another drug. And so the pharmaceutical merry-go-round continues. When you take any of these powerful drugs, you need regular check-ups with your doctor, including blood tests, blood pressure, etc.

Cyclosporine is usually prescribed in other treatments like topical therapies (creams and ointments), UV light (phototherapy) and other oral systemic treatments like methotrexate and retinoids fail. This drug works by inhibiting the activation of T-lymphocytes, white blood cells that are responsible for making the body hypersensitive and found in large amounts in the skin of those with psoriasis.

Just like methotrexate, this drug has strong side effects, but in this case it is the kidneys and blood pressure that are adversely affected.

Reasons not to take cyclosporine include:

Of particular concern is the higher risk of lymphoma and skin cancers, especially in those who have taken UV (phototherapy) prior to cyclosporine.