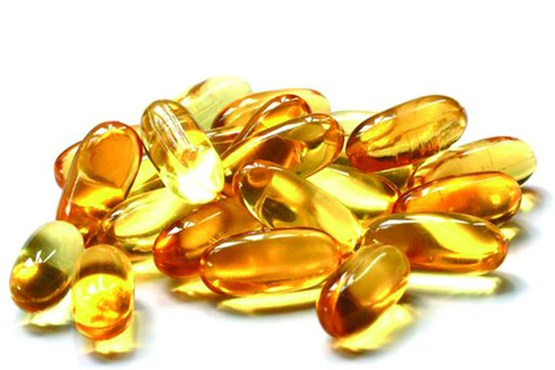 What Is An Essential Fatty Acid?

Essential fatty acids are necessary for human health because your body can’t make them, you have to get them through your diet. There are many different types of Omega 3 fatty acids, but the two predominant ones are eicosapentaenoic acid (EPA) and docosahexaenoic acid (DHA). Also known as polyunsaturated fatty acids (PUFAs), omega-3 fatty acids play a critical role in normal growth and development as well as brain function. They are also important in reducing the risk of heart disease, cancer, arthritis, diabetes, and many other chronic and degenerative diseases, especially inflammatory conditions such as psoriasis.

Omega 3 fatty acids are concentrated in the brain and nervous system and have proven to be important for cognitive (brain memory and performance) and behavioral as well as mood function. Symptoms of omega-3 fatty acid deficiency include fatigue, poor memory, dry skin, heart problems, mood swings or depression, poor circulation, reduced immune function and an increased risk of an imbalanced inflammatory response in the body.

We Get Too Much Omega 6 In Our Diet, And Not Enough Omega 3

The correct ratio of fatty acids is important to have in our diet. For example, omega-3 helps to reduce inflammation whereas most omega-6 fatty acids tend to promote inflammation. A typical diet in most Western nations can contain 20 or even 30 times more omega-6 fatty acids than omega-3 fatty acids, which most nutritional experts consider to be much to high in favor of omega-6. The ideal ratio is 1:1, and many years ago before fats and oils were highly processed as they are today, people consumed a healthier balance of these two fatty acids.

What Are The Best Dietary Sources Of Omega-3?

I recommend that you take an omega-3 as dietary supplement, as well as supplement your diet with rich food sources of omega-3. While you can get omega-3 from your diet, you won’t generally consume enough of the omega-3 rich foods to get the right amount of inflammatory response for your skin that you are looking for with this wonderful supplement.

There are many sources of obtaining omega-3 through your diet, but fish, plant and nut oils are considered to be the primary sources. The omega-3 fatty acids eicosapentaenoic acid (EPA) and docosahexaenoic acid (DHA) are found in cold-water fish such as herring, sardines, tuna, halibut, mackerel and salmon. The other important fatty acid is called alpha linolenic acid (ALA), it is found in flax seeds, canola (rapeseed) oil, walnuts and walnut oil, purslane, pumpkin seeds and pumpkin seed oil, soybeans and soybean oil as well as perilla seed.

Fish, plant, and nut oils are the primary dietary source of omega-3 fatty acids. Eicosapentaenoic acid (EPA) and docosahexaenoic acid (DHA) are found in cold-water fish such as salmon, mackerel, halibut, sardines, tuna, and herring. ALA is found in flaxseeds, flaxseed oil, canola (rapeseed) oil, soybeans, soybean oil, pumpkin seeds and pumpkin seed oil, purslane, perilla seed oil, walnuts, and walnut oil. Most of the health benefits from omega 3 are conferred by DHA and EPA, but ALA can be converted in the body to EPA and DHA although many people have problems with this conversion pathway that is dependent on many nutrients.

Why Would You Need Omega 3 With Psoriasis?

I believe that omega-3 supplementation with psoriasis is one of the best-kept secrets, and not commonly promoted as being necessary. All the focus appears to be on skin creams and maybe a multivitamin, but you rarely hear about the necessity of taking omega 3 supplements when you have psoriasis.

Omega-3 can help your digestive system in different ways when you have psoriasis; there are four main reasons why I believe omega 3 is essential with psoriasis:

Omega-3 helps protect your cell membranes from many different types of toxin that can irritate and inflame the cells lining your small intestine in particular. These are the kinds of reactions that can cause subtle aggravations, and omega-3 is known to counter reactions such as these.

In addition, omega-3 oils have substantial anti-inflammatory properties, and one of the most important reasons to supplement with omega 3 during the Psoriasis Program is to reduce the impact of any potential inflammatory reactions that may occur in your digestive system, your skin, and anywhere else in your body, especially if you have a chronic psoriasis which may involve considerable systemic inflammation. This is BIG news for you, because research has found that high dose omega-3 supplementation is as good as low-dose corticosteroid use when it comes to inflammation.

Having an imbalance in your digestive tract of the beneficial and pathogenic microbes and yeasts may spell an inflammatory response, and a CDSA (comprehensive digestive stool analysis test) may well reveal an elevation in an inflammatory marker (like lysozyme). To understand more about CDSA or stool testing, please read the Psoriasis And Functional Medicine Testing, this book is part of the Psoriasis Program.

An elevation of lysozyme or calprotectin (biomarkers of inflammation, some labs may use one or the other marker) is an indication of intestinal inflammation, and it may be an indication of inflammatory bowel disease (ulcerative colitis or Crohn’s disease), but may be found in celiac patients as well. I have found these bio-markers elevated in those with psoriasis as well, especially with chronic cases. It is important to rule out inflammatory bowel disease or gluten issues, so keep an eye out for the yeast panel and see how many out of the three stool samples contain yeast. (You did ask for a CDSA x 3, didn’t you?) You will generally find an elevation of yeasts in two or three samples out of three tested, and in addition the key signs and symptoms of a yeast infection. And remember, up to three-quarters of those with psoriasis have in fact a yeast infection.

Omega-3 EFAs have such a positive effect on several aspects of your immune function, and supporting your immune system makes good sense if you are trying to beat your psoriasis and fully recover. One of the best ways to counter digestive inflammation is to ensure you have a regular intake of omega-3 from both dietary as well as supplemental sources.

A study* involving oral health in Kentucky, USA in 2010 revealed that omega-3 EFAs could have a positive therapeutic effect for improving oral health via their anti-fungal and antibacterial activities, besides their anti-inflammatory effects.

I have read other similar studies and believe that omega-3, just like other fatty acids such as caprylic acid, undecylenic acid and even olive oil, all have the capability to inhibit and kill candida. Are you consuming these regularly? The more you do and the wider range of healthy fats you consume the more you will be increasing your chances of permanently eradicating your yeast infection.

Take one capsule of omega-3 twice daily with meals. You can take this product from the beginning and continue on until well after you have significantly improved your psoriasis. The omega-3, probiotic and the multivitamin are three dietary supplements you will want to continue on for as long as you can, they are cornerstones and form a foundation for a great level of continual health and well-being when you have psoriasis. Why stop taking a supplement that keeps you feeling great and reduces your chances of chronic ill health?