Foods To Avoid With Psoriasis

Home » The Psoriasis Diet » Foods To Avoid With Psoriasis

Foods To Avoid With Psoriasis

It’s important to note that the triggers for psoriasis can vary from person to person, and what works for one person may not work for another. It’s a good idea to pay attention to your own body and any changes in your symptoms after consuming different foods, and to determine what, if any, dietary changes might be helpful for you.

I have often been asked about what foods to avoid with psoriasis, and I’ll tell you shortly. First, let’s try to understand why these foods are best avoided. Psoriasis can get worse if you keep eating the wrong things, just like many other long-term diseases. 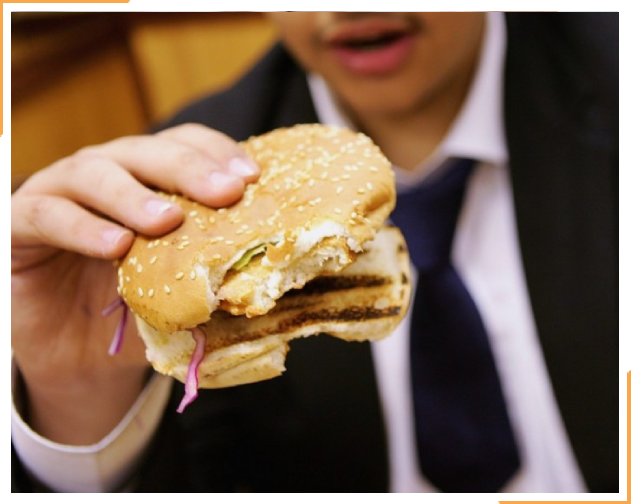 If you are a psoriasis sufferer who loves to consume carbohydrate-rich foods, especially sugar-rich foods, (mainly refined carbohydrates, and simple sugars), you will have a hard time overcoming your psoriasis.

It is important at the beginning of your new psoriasis diet to also avoid any foods that contain or have the potential to contain sugar or alcohol. And that means any kind of vinegar, sugar, sweetener, and all forms of alcohol.

And here’s why: once any gut imbalance is under control, there’s no reason to maintain a strict prohibition, but the return of symptoms like abdominal bloating, gas, constipation, and so on after eating one of your offending foods will signal that it’s time to return to the offending food avoidance strategy for a while.

Always remember that the better your gut health is, the better your skin health and psoriasis will be as a result. A 2017 review of available literature suggests that a large proportion of diseases being epidemiologically linked to psoriasis involve the gastrointestinal tract (GI). This is why it is important to exclude certain foods from your diet until your digestive health improves.

Let’s now take a look at what foods and drinks you should reduce or even stop for a while if you have psoriasis. This page represents only a tiny portion of the information contained in The Psoriasis Program.

A PubMed abstract from 2017 involved a total of 1206 psoriasis patients. Eighty-six percent of respondents reported using a dietary modification. Almost 42% of people with psoriasis who answered the survey said that one major reason they tried to change their diet was to improve their overall health.

The U.S. Survey (Dietary Behaviours in Psoriasis: Patient-Reported Outcomes from a U.S. National Survey) found the most common reported triggers for skin flares were

The percentage of patients reporting skin improvement was greatest after:

The following diets were associated with the greatest number of patients reporting a favorable skin response:

For your animal protein, focus on white meats such as fish, chicken and turkey as well lamb, which is considered more pink than red meat. Avoid beef, venison (deer meat), and bison. A meta-analysis from 2022 showed that eating red meat changed the amount of C-reactive protein (CRP) in the blood, a marker of inflammation.

Avoid The Nightshade Family Of Vegetables

Avoid white and red potatoes, tomato (including any tomato products like tomato juice, sauce or paste), capsicum (bell peppers), sweet or hot peppers (like chili), and tobacco. This is only a trial, you will want to avoid all nightshade vegetables for at least two to three months before you re-introduce them, to see if this family of vegetables is a psoriasis trigger. How will you know, unless you stop eating them for a few months?

For the first months, avoid sweet fruit juices and most fruits, and definitely consume no dried fruits of any kind. If you feel significantly better on a “no or low” sweet fruit approach, you may want to continue this.

Many psoriasis patients (up to 75 percent) have an underlying gut problem, and by drinking sugar-rich fruit juices, too many fresh and dried fruits, you will be more likely to develop gut issues.

Avoid ALL Sugar and Sugar-Containing Foods

Avoid All Packaged and Sweetened Foods

A study published in 2022 is interestingly called “Excessive intake of sugar: An accomplice of inflammation.”

Research found that in the West, people eat and drink a lot of foods and drinks that are high in glucose, possibly leading to the development of auto-immunity in the gut. This may be a key cause of the breakdown of metabolic and immune self-tolerance, which can lead to auto-immune disease.

Read the labels. It’s amazing how much processed foods American people eat today, with most Western countries falling not far behind.

Naturally soured acidophilus yogurt is usually OK, and so is kefir made with cow’s milk. The previously mentioned Dietary Behaviours in Psoriasis: Patient-Reported Outcomes from a U.S. National Survey found that 6 percent of psoriasis respondents noticed that dairy foods were a most common trigger.

Avoid Breads, Pastries And Other Bakery Goods, Milk And Cheeses

It’s best to stay away from wheat, rye, barley, spelt, and even oats—all gluten-containing grains—for a while until your digestion and immune system get better. You don’t have to strictly avoid wheat products like flatbreads made with high quality wholemeal flour, water, and salt only. The National Survey found gluten to be a trigger in 7.2 percent of respondents, and I’ve found that as the gut improves after awhile, wheat and gluten don’t seem to be such a big deal unless consumed in excess.

In my experience, you will improve quite rapidly if you do decide to eliminate wheat in the most chronic psoriasis cases, especially psoriatic arthritis. If you must eat wheat, then eat flat breads made with only with a high quality wholemeal flour, water and salt, that way you avoid any added sugar, preservatives and baker’s yeast. Alternatively, use a sour dough technique to make any bread yourself.

Wine, beer, whiskey, brandy, gin, rum, vodka, and other fermented liquors and beverages, such as cider and ginger beer. Alcohol is a no-go zone, and if you can’t stop drinking until you are really well, then it’s not much use.There is no such thing as “safe” alcohol. One website with plenty of psoriasis information surprised me by stating that gin and vodka are OK, but wine, beer, and other spirits are not. Is it any wonder folks get confused when reading information online?

A study published online in 2021 concludes with “The contribution of alcohol to the development of psoriasis is unquestionable on every level, including genetic and cellular level, disease onset and severity, treatment options and adherence, and even prognosis.” Supporting patients to make lifestyle changes may lead to rewarding therapeutic accomplishments.

I’ve heard many psoriasis patients tell me that their skin can flare-up pretty bad if they drink a little alcohol. You may want to experiment here if you don’t believe me, because the less you drink, the better you will feel. What happens when you drink alcohol is that it causes a dilation of the blood vessels, and this in turn will give your white blood cells and other substances in your bloodstream a much easier access to your skin which in turn encourages an inflammatory response, and this in turn increases the likelihood of a psoriasis flare-up.

Alcohol also makes it hard to digest food and makes you lose water, which can dry out your skin and make your psoriasis symptoms worse. Alcohol affects digestion adversely, which reduces the ability of your stomach, small intestine, and pancreas to function optimally. This in turn delays skin healing and causes fatigue, among a host of other health problems./p>

This is an important and often overlooked area, because most people who have psoriasis tend to narrowly focus on the sugar containing foods, alcohol and junk food. Did you know that this group has the potential to contain even more yeasts, molds, and unhealthy bacteria than all the other groups put together?

Do you check the expiration dates on foods in your refrigerator? Take a look at your refrigerator today, and throw out any containers that are past their use-by-date. Do any of these bottled sauces contain sugar? Get rid of them now!

Sauces And Condiments To Avoid For A Few Months

Avoid ALL kinds of vinegar-containing foods such as mayonnaise and salad dressings, especially those “fat-free” dressings, because they are all high in sugar, and these sugars are often artificial as well. In salad dressings made with extra virgin olive oil, fresh squeezed lemon juice can be used instead of vinegar.

Malted milk drinks like Milo, Ovaltine, Horlicks, and cereals. Malt is a sprouted grain that is kiln-dried and used in the preparation of many processed foods and beverages. Did you know that malt products contain gluten? just in case you decide to go gluten free.

Cantaloupe (rock melon), honeydew, and watermelon are all tasty, but you should avoid them for a few months. Melons are particularly high in sugars and molds.

Cut Back On Or Avoid Coffee and Tea

Avoid regular filtered coffee, instant coffee, and tea, as well as green tea, for at least two weeks. This is tough, but if you were a slave to caffeine, you would do well to slowly come down off your caffeine addiction, reducing to one cup per day. Don’t forget that the goal is to improve your health as much as possible as a whole, and too much caffeine doesn’t help with that at all.

I recommend one cup of coffee a day on the Psoriasis Diet for those caffeine addicted souls who tell me that they would simply die if they didn’t have their morning cup. Have one coffee a day, but skip the sugar and milk if you can. Try stevia, it’s nice if you need a sweetener.

Trust me, you will not miss your several cups of coffee or tea once you start to eliminate these beverages from your diet. You will feel much better once your body is used to generating energy naturally and has become less reliant on caffeine to fuel it.

Fruit juices are a big trap for many who believe that a glass of orange juice is a “great way to start the day”. You will need to avoid canned, bottled or frozen juices, including orange juice, grape juice, apple juice, tomato juice, pineapple juice and any other fruit juices. It goes without saying that all soda, carbonated and energy drinks are to be avoided entirely.

Many people I have seen with psoriasis just love dried fruits, and routinely snack on them. Avoid them, as they are loaded with sugar. Apricots, dates, figs, pineapple, prunes, raisins, currants, dried apples, dried bananas, dried paw paw, etc. Be careful of cereal and especially muesli, they often contain pieces of dried fruit.

Does your refrigerator often contain left-over foods from the day before? Here is a problem I see with some who came to see me in my clinic about their psoriasis, they ate for lunch what they had leftover from dinner the day before. Don’t make the mistake of cooking food for dinner, and then placing it in the refrigerator after covering it with plastic-film, or placing it in a container with a lid ready for reheating the next day. Molds grow in leftover refrigerated food.

Freezing is a better option as soon as the food cools down, then heat to a high temperature to kill any molds, spores or bacteria. You are better off cooking just enough for your meal, and prepare fresh meals each day. This is what I do, I don’t have any left over foods. This takes a little more time, but when you begin to eat like this it will ensure that the meals you do eat every day are fresh and have no molds or spores on them that developed overnight.