Many Psoriasis Sufferers Have A Candida Problem

The anti-candida diet is crucial when you have psoriasis, and I’ll explain why in this page. Several years ago I discovered that many, if not most psoriasis patients, actually have an underlying and undetected yeast infection or suffer from SIBO (small intestinal bacterial overgrowth), and that many of these patients improved significantly, and many to the point of eradicating their psoriasis by following my Psoriasis Diet. At that stage, I was mainly recommending Dr. John Pagano’s Diet (Healing Psoriasis) to those with psoriasis, but then discovered that I could improve even more on his recommendations by including elements of the work by Dr. John Trowbridge (The Yeast Syndrome) as well as Dr. William Crook (The Yeast Connection), two doctors who specialized in candida yeast infections and who also recognized the candida/psoriasis connection.

As I mentioned, most all patients with chronic psoriasis have bacterial or a yeast overgrowth of their digestive tract, and it is now a combination of these two different protocols along with my own recommendations and experiences I now recommend for psoriasis patients who visit me in my clinic. I call my psoriasis protocol “The Psoriasis Diet”. One of the most important reasons for you to eat correctly when you have psoriasis, especially chronic psoriasis, is that the right diet will ensure the right bacteria in your digestive system as well as helping to inhibit candida albicans (yeast), and in my clinical experience, those with plenty of beneficial bacteria and a negligible yeast population seem to suffer the least with psoriasis, especially when candida is kept in check and balanced with good, beneficial bacteria.

Avoid The Foods That Can Cause Candida To Thrive

Therefore, it is vital that you change your diet; don’t consume foods that Candida thrives on. I often tell my patients to be careful, because these foods will “call your name”, they will tell you to buy them and consume them regularly and it’s called a craving, and in disguise many cravings are actually sugar cravings. “I like the taste of that” almost always means that the food you like contains sugar.

The very foods we love to eat and the ones we buy from the supermarket and the ones marketed by the fast food companies often on the television are the foods that favor the overgrowth of bad bacteria and candida yeast colonies in our bodies. Before you are serious about starting the Psoriasis Program, it is advisable to make the right dietary changes and to adopt the correct basic dietary habits you will soon read about. Are you guilty of eating take-out foods once, twice, or several times a week? This is the very first thing you change, stop buying those fast foods and eat more at home. Buy fresh foods from your grocery store, butcher and Farmer’s Markets, you will be making healthier choices. This is the first step in the right direction as far the Psoriasis Diet and Nutrition Program is concerned.

I prefer the simple and short-term approach to the Psoriasis diet, and while this diet is OK if you follow very strictly from 2 to 4 weeks, it fails as a complete nutritional program and does not supply your body with a sufficient amount of nutritional factors in a sufficient balance. It is best to adopt the Psoriasis diet in its strictest form for the first two weeks especially, then to loosen up a little for the next two to three weeks as you implement the Low-Allergy Stage of the Psoriasis Diet. Some may soon tire of being ultra-strict, but dietary discipline with psoriasis is a good thing, and as you begin to experience the cause and effect of the foods you have been eating and have been omitting, you will most probably want to stay reasonably strict for some time. I have found that others with psoriasis have no problems in enforcing a strict dietary protocol for themselves and remain on the Psoriasis diet for many months until their skins really improves.

It is really up to you to decide how long you want to stay on this dietary approach, but either way, let me assure you of one thing, the Psoriasis Diet works, and it works very well for those who adhere to it for some time, albeit in a modified fashion after enforcing it strictly for a week or two. I have trialed and experimented with many psoriasis diets over the years and always seem to come back to the induction phase of the Psoriasis Diet for the simple reason that it works so well, time and again, and is a great way to lead you into the Psoriasis Diet. 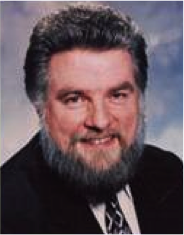 The original Dr. Trowbridge diet is essentially a term for a low-carbohydrate diet, and was recommended in a time that was well before the low-carb diet craze. But unlike many other diets low in carbohydrates, Dr. Aitkin’s Diet for example, the original Trowbridge Diet wasn’t recommended primarily as a weight loss diet, although you will most certainly lose weight on Dr. Trowbridge’s diet if you have weight to lose, particularly if you follow it well. Instead, this particular restricted dietary modification will suppress and eventually eradicate candida, bad bacteria and eliminate psoriasis altogether.

The Psoriasis diet can slowly bring the intestinal flora back into balance and will improve your digestive and immune health to a high level, and in my experience if you adhere to this diet you will discover that not only will your psoriasis and weight problem disappear over time, you will discover that your overall health will improve to a remarkably high level as a consequence. The Psoriasis Diet was not designed with the sole aim of ridding your body of psoriasis; it is about getting your healthy life back.

Dr. Trowbridge said in The Yeast Syndrome that the key to beating intestinal yeast and bacteria was to bring about harmony, and this is best achieved by an initial strict dietary means. Dr. Pagano said in Healing Psoriasis that the small intestine requires healing (leaky gut syndrome) in order to stop the poisons from the digestive system getting into the blood stream, thereby affecting the skin. My Psoriasis Induction Diet certainly allows both of these actions to take place.

Remember, while on this initial Psoriasis induction diet, you’re allowed to eat all the white meats (fish and chicken), eggs, most all vegetables although do eliminate the solanacea family of vegetables (white and red potatoes, tomatoes, bell peppers (capsicum), eggplant, and chili peppers) You can eat plain, naturally soured acidophilus yogurt. Eliminate foods and beverages made from grains or yeasts such as cereals, pasta, conventionally leavened breads (containing yeasts and sugars), pastries, chips (fries or crisps) and alcohol.

I must emphasize, do avoid breads containing yeasts and sugars that are found in the leavened breads, although I have found that sourdough bread is OK. You are best to also avoid all dairy foods, except natural unsweetened acidophilus yogurt for the duration of the Psoriasis Diet.

Avoid fruits, no forms sugars or vinegar (unless naturally fermented vinegar like Bragg’s) are allowed. And that’s it, a simple diet yet highly effective and as you can see, there are plenty of foods you can eat so you really don’t have to starve. You are fine to have the fermented and cultured foods, as well as the sea vegetables of course, and you will be familiar with these if you read Introduction To Healthy Eating For Psoriasis.

The idea behind this induction diet is that sugars and starches encourage the overgrowth of poor bacteria as well as candida albicans in the intestinal tract, and the solanacea vegetables encourage inflammatory reactions of the immune system. Remember that the Psoriasis induction Diet is strictly a therapy employed against feeding bad bacteria and candida, as well as repairing the gut and reducing inflammation, and is usually not continued for more than four weeks at the most. In some cases I have found patients to continue this phase for four to six weeks but then soon want to move on as their skin begins to stabilize. Most people find that two to three weeks is sufficient with induction stage, they’ve simply had enough at the end of this stage. Others I know will continue on with this diet for several months but in a slightly modified version, they simply add a few of the items that they originally avoided.

So how do you know when you have had enough of the Psoriasis Diet, when can you stop? You stop when you don’t seem to be improving anymore, that’s when. Most patients will initially aggravate a little before they improve, and this will happen anywhere from week three right up to week nine.

Remember, these are recommendations only. No psoriasis diet is fixed or absolute by any means, it can be adapted entirely to suit your needs. But in saying that, I’d like you to follow this stage one Psoriasis Diet induction approach strictly for at least two weeks as a bare minimum, but preferably for three to four weeks initially for best results.