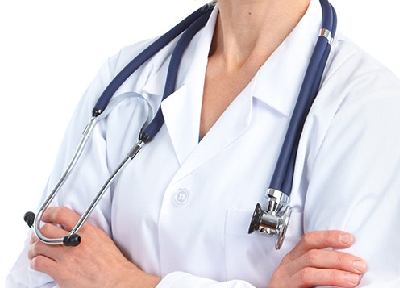 If progressive inflammation and joint destruction occurs despite NSAIDs treatment, more potent medications such as methotrexate, corticosteroids, and antimalarial medications (such as hydroxychloroquine, or Plaquenil) are used. Let’s look a little bit deeper into the different drugs used in cases of psoriatic arthritis

Oral medications are usually reserved for those who have severe forms of psoriasis (more than 20 percent of the body covered). Powerful drugs are prescribed for those who complain to their doctor about a significantly reduced quality of life, for example when serious psoriasis of the palms or soles of the feet prevents a person from living a normal life.

They are also given to those with psoriatic arthritis, and these make up about 10 to 15 percent of patients who have been diagnosed as having psoriasis. These are powerful synthetic agents that reduce the dramatically accelerated cellular reproduction of the skin found in psoriasis. These drugs are prescribed either as pills, or as a subcutaneous injection into the muscle, and they are commonly used in combination with either the topical therapies or UV treatment, especially when a psoriasis patient does not respond to a single type of treatment.

The most common forms of systemic treatments for psoriasis are methotrexate, cyclosporine and retinoids. While these drugs can provide considerable benefits in clearing chronic psoriasis, this action comes at a huge cost of producing both acute as well as chronic side effects. I have had many psoriasis patients over the years see me who wanted to come off these medications due to the side effects. The side effects occurred either shortly after starting therapy (acute side effects) or appeared only after prolonged usage (chronic side effects).

Some patients believe that if they stay on a drug for several years and then developed side effects, that these are not linked to the drug, but are in fact “another disease” that needs treating with yet another drug. And so the pharmaceutical merry-go-round continues. When you take any of these powerful drugs, you need regular check-ups with your doctor, including blood tests, blood pressure, etc.

Nonsteroidal anti-inflammatory drugs (NSAIDs) are a group of medications that are helpful in reducing joint inflammation, pain, and stiffness. Examples of NSAIDs include aspirin, indomethacin (Indocin), and diclofenac (Voltaren). The problem with drugs are the inherent side-effects, and the most frequent side effects include stomach upset and ulceration, but these drugs can also cause more serious side effects such as gastrointestinal bleeding and even stroke.

Chemotherapy agents. Methotrexate is the drug of choice with pain in auto-immune arthritis. I see patients with auto-immune joint problems who have conditions such as lupus, scleroderma, rheumaoid arthritis, psoriatic arthritis and ankylosing spondylitis take methotrexate and steroidal drugs and may “top-up” these drugs with pain relief such as diclofenac or paracetamol/codeine tablets. These medications include methotrexate, are used orally or can be given by injection on a weekly basis for psoriatic arthritis. Methotrexate is a very strong drug and causes many undesirable effects when given long-term, and to be better informed you can read a lot more on the side-effects of methotrexate on this good webpage. Methotrexate can cause bone-marrow suppression as well as liver damage with long-term use, and regular monitoring of full blood testing, including liver function should be performed 3 or 6 monthly during therapy with methotrexate. Antimalarial medication such as hydroxychloroquine (Plaquenil) is also used for persistent psoriatic arthritis. The known side effects include injury to the retina of the eye, and regular 3 or 6 monthly ophthalmologist examinations are suggested while using Plaquenil. Read more on the web page called the side effects for plaquenil. There are natural options for psoriatic arthritis which are effective and 100% side-effect free. Injectable gold (Solganal) and oral gold have potential side effects including bone-marrow suppression which can lead to anemia and low white blood counts and cause adverse kidney effects, including the loss of protein or blood in the urine. Gold injections have of late become obsolete since methotrexate has become more popular. Sulfasalazine is an oral sulfa-related medicine that has also been helpful in some patients with persistent psoriatic arthritis. Traditionally, Azulfidine has been an important agent in the treatment of ulcerative and Crohn’s colitis. It should be taken with food, as it too can cause gastrointestinal upset. TNF-blockers. Medications that block the chemical known as tumor necrosis factor (TNF) are another treatment option for severe cases. The TNF-blockers etanercept (Enbrel), infliximab (Remicade), and adalimumab (Humira) can be very effective for severe psoriatic arthritis and they can significantly improve or eradicate both the psoriasis and the arthritis as well as stop progressive joint damage. Corticosteroids are potent anti-inflammatory agents. Corticosteroids can be given by mouth (such as prednisone) or injected (cortisone) directly into the joints to reduce inflammation. They can have side effects, especially with long-term use. These include thinning of the skin, easy bruising, infections, diabetes, osteoporosis and, rarely, bone death (necrosis) of the hips and knees.

While the relationship between the skin disease and joint disease is not clear, many clinical cases have revealed that there is an improvement of the arthritis simultaneously with clearing of the psoriasis. Patients with psoriasis can benefit by direct sunlight exposure, ultraviolet psoriasis treatment and ocean water.

Exercise can be done at home (a good occupational therapist or physiotherapist can help significantly here) and is customised according to suit each patient. Warm-up stretching, or other techniques, like a hot shower or heat packs (wheat bags are good) are helpful to relax muscles prior to exercise. Ice application after the routine can help minimise post-exercise soreness and inflammation. In general, exercises for arthritis are performed for the purpose of strengthening and maintaining or improving joint range of motion. They should be done on a regular basis for best results and you may also want to consider Tai chi or yoga.

Surgery For Psoriatic Arthritic Is A Last Option

Patients who have severe destruction of the joints may benefit from orthopedic surgical repair. Total hip joint replacement and total knee joint replacement surgery are now commonplace in many hospitals throughout countries such as the USA, England, Australia and NZ.