Home » Blog » Can Pharmaceutical Drugs Be Causing My Psoriasis?

Can Pharmaceutical Drugs Be Causing My Psoriasis? 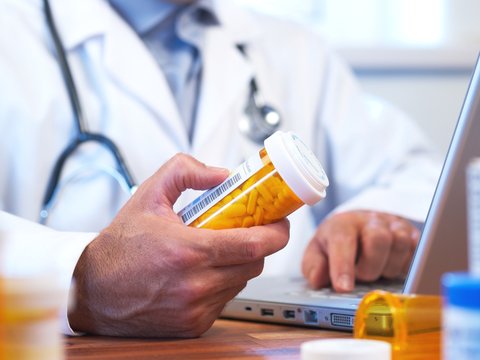 Many Drugs Can Cause Psoriasis

Can pharmaceutical drugs be causing my psoriasis? This is something many psoriasis patients may be thinking. The tragedy I have found is that a patient can sometimes experience many of the typical signs and symptoms of psoriasis, like itchy, dry, or cracked skin. There may even be patches of plaque forming that look just like psoriasis. This “mystery illness” may even lead the patient down the road of taking an over the counter drug; they may visit a doctor or chemist and buy a cream, ointment or a tablet on the advice of the pharmacist in the belief that they have developed a new illness, one that affects their skin and looks and behaves a lot like psoriasis.

What this patient may be unaware of is that he or she may well have in fact a drug-induced (iatrogenic) case of psoriasis. Yes, it actually happens, you can develop psoriasis from taking a pharmaceutical drug.

In some situations it can be tricky for psoriasis patients to take pharmaceutical drugs for other unrelated conditions, such as high blood pressure. It is most unfortunate that some people who actually have pre existing psoriasis may face a Catch-22 situation, when a drug they take for another condition may cause their red, scaly or itchy rashes to get far worse, or may even bring on a case of psoriasis for the very first time.

Certain drugs, particularly those for bipolar disorder, high blood pressure, and hepatitis, can provoke psoriasis for reasons doctors don’t yet “fully understand”, according to a leading medical website I just viewed. Well it’s pretty obvious to me what is occurring, the drug is causing a degree of liver and/or kidney toxicity, something Dr. John Pagano (Healing Psoriasis) discovered many years ago. Whenever a patient cleans up his or her diet and lifestyle, and undertakes a good detoxification program, their psoriasis almost disappears.

What doctors believe is that certain medications trigger or worsen psoriasis outbreaks in those who are genetically predisposed.

Here is a quote from The Journal of Clinical and Aesthetic Dermatology :

“Psoriasis is a commonly encountered dermatosis with a variety of internal and external paradoxical factors contributing to the clinical course of the disease. There are several drugs described in the literature that have been associated with the initiation, exacerbation, and aggravation of psoriasis. Understanding the pathophysiology can provide clues to treatment and management of drug-induced and drug-aggravated psoriasis, which may be indistinguishable from idiopathicpsoriasis. The clinical manifestations of drug-associated psoriasis can range from plaque-type psoriasis to severe erythroderma, thus warranting astute and sustained clinical observation”.

Psoriasis Patients May Take Other Drugs

Do you have psoriasis and another medical condition as well? Analysis of individuals with chronic psoriasis has revealed some interesting statistics2. Over one quarter of those with psoriasis have been diagnosed with high blood pressure (28.2%), diabetes (10.5%) and high cholesterol levels (12.5%). Bearing this in mind, many patients with psoriasis can be on multi-drug regimens; therefore a careful analysis of the various medications that can interact with each other as well as exacerbate psoriasis is very prudent.

Pharmaceutical drugs have several different ways in which they can affect a person’s susceptibility of developing psoriasis, including:

Sometimes a psoriasis patient may develop nail or scalp psoriasis after commencing a drug, or other psoriatic symptoms she may not have previously experienced. The drugs that appear to have the strongest casual relationship with psoriasis are the following:

The Drugs Most Commonly Linked In Causing Psoriasis

Good advice is to use as little of the medicine as you can get away with preferably, or ask your doctor if you can try an alternative drug. There is little point remaining on any drug that cases strong or uncomfortable side effects. Be sure to consult with your doctor or specialist before you reduce or consider discontinuation of any drug, it is the right and responsible thing to do.